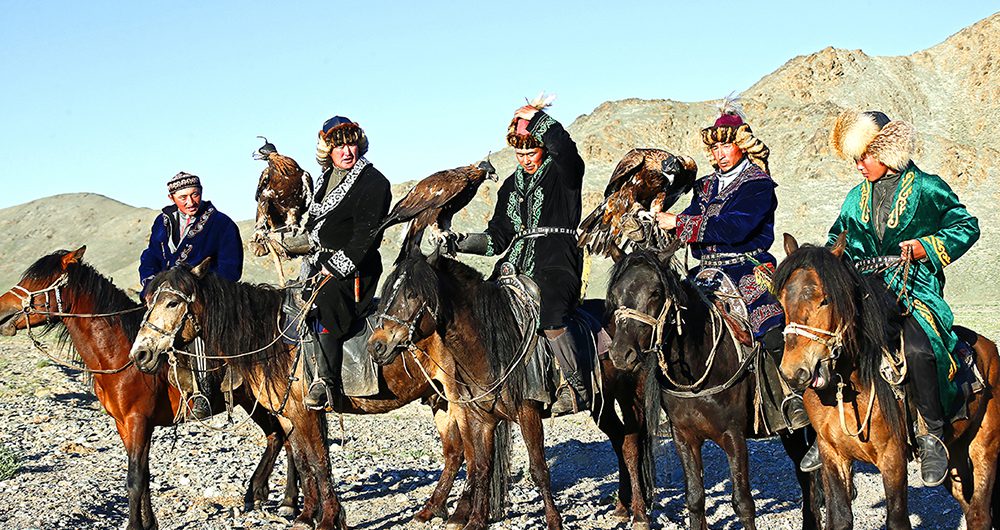 Each year Kazakh hunters in Bayan-Ulgii province join the renowned Golden Eagle festival with their trained Golden Eagles, known as Berkut (Burged in Mongolian), to enter them into competitions testing speed, agility, and accuracy. Ceremonies, dance performances, traditional Kazakh games, a parade in the provincial capital’s city square, and a Kazakh play in honor of the hunters and their eagles.
Bayan-Ulgii is the westernmost province of Mongolia bordering with Russia and China. The province is well known for the majestic Altai Mountains as well as being the home to the Kazakh nomads, who sought a sanctuary and came to join Mongolia in the early 20th century. The Kazakh nomads have their language, distinct culture and traditions.
This annual Mongolian festival, which celebrates the Golden Eagle as well as the hunters’ traditional culture, is arranged by the local Kazakh community and members of the Berkut Association, a community-based conservation organization. Next year the Golden Eagle festival is on 6-7 October.
Mongolian Tourism Association